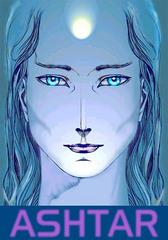 Message from Ashtar through Ariana

First Contact will happen when it happens and is not predetermined by someone's expectations. The fact is that some of you have already had first contact, just not in the form you expected it to be.

It is more helpful to keep the open mind and to be open to events unfolding in the now rather than in the future. By focusing on clear intent and openness in the now, the future will unfold in miraculous ways. Do not confine how the future shall unfold.

We are already among you and have been for some time. It is true that more and more contacts will and are occurring. Those who are more humanoid in appearance are creating the inroads of acceptance for those who are less human appearing. We ask of you only your acceptance as that then sets the example for those around you.

We are Lord Ashtar of the Ashtar Command. No specific calendar date has been chosen. Rather the unfolding of certain events, human and natural, will dictate a more public "sensational" appearance that moves beyond the stories in and and the military areas in the .

We take our actions in alignment with our understanding of the Divine Plan and encourage you to do the same.

Know that we support your desire to create more public and reasonable interaction upon the Earth plane. Know that we will do what we can to assist in alignment with the Divine Plan.

Know also that NESARA may unfold differently from what it was originally intended, but that the ideals it represents and the change that it promotes to create will in time happen. Be in the Present. Be in the Now, for this is the only time you truly have power to change and to create the foundation for what you hope and seek to manifest in the future.

We leave you now with the promise of our continued support and interactions at the human level at what is appropriate in the current circumstances.

Lord Ashtar of the Ashtar Command.

Well, I wasn't expecting a message to pop in when I went to answer this email, but it wouldn't go away. I hope this assists in the process of sorting out the human stuff of being on this planet and learning how to communicate clearing both in the speaking and the listening.